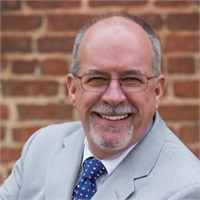 After College Ted began a career as a paramedic/firefighter where he worked for ten years. He spent the last five of those years also working in the local Emergency Room. In 1985 his career goals took a new direction and he stepped into the world of finance in which he spent the next seventeen years working for a subsidiary of Citigroup, Inc. Ted soaked himself into this new and challenging world where he advanced and became Senior Vice President. He eventually stepped out in faith joining an independent broker dealer and opening his own company: T. L. Phillips Financial Group Inc. in 1997. In time, he was able to diversify his practice by opening up CAP Realty, Inc. as well as co-owning NEXT Mortgage, Inc.

Thirty plus years of experience gives Ted the unique ability to look at finance in a different perspective than most of today's younger advisors. His holistic approach of advising helps his clients reach greater success in meeting their financial goals; allowing them to keep the wealth they have worked hard to build.

Ted has always been very passionate about Christian Education, which is why he is very proud to be part of the ministry team at North Henry Academy. He and his wife, Carol, have been married over thirty years and have two grown children, Amy and Zack. Both of which are also in finance and work alongside their father in his business. A joint partnership with his children gives his practice wisdom, yet also a fresh new perspective that his younger clients can relate to and appreciate. His pride and joy are his five grandchildren.